MATHEMATICIANS OF THE AFRICAN DIASPORA 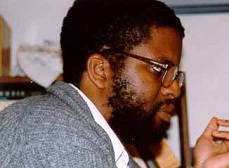 Born in Ogbomoso, Nigeria in 1964, Dr. Agboola has been mentioned in Who are The Greatest Black Mathematicians? Dr. Agboola is now a full professor at the University of California, San Barbara.

A specialist in Number Theory and Arithmetic Algebraic Geometry, he is a Full Professor of Mathematics at the University of California at Santa Barbara. 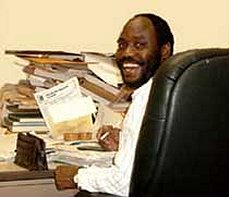 Born in Ogbomoso, Nigeria, Dr. Adeleke has also been mentioned in Who are The Greatest Black Mathematicians?

He obtained his pre-doctoral education at the University of Ibadan, Nigeria, and earned a Ph.D from Johns Hopkins University in the United States.

A Research Mathematician and specialist in Continnum Mechanics, he has published books and scientific papers on fundamental results in continuum mechanics. He is a Full Professor of Mathematics at the Western Illinois University.